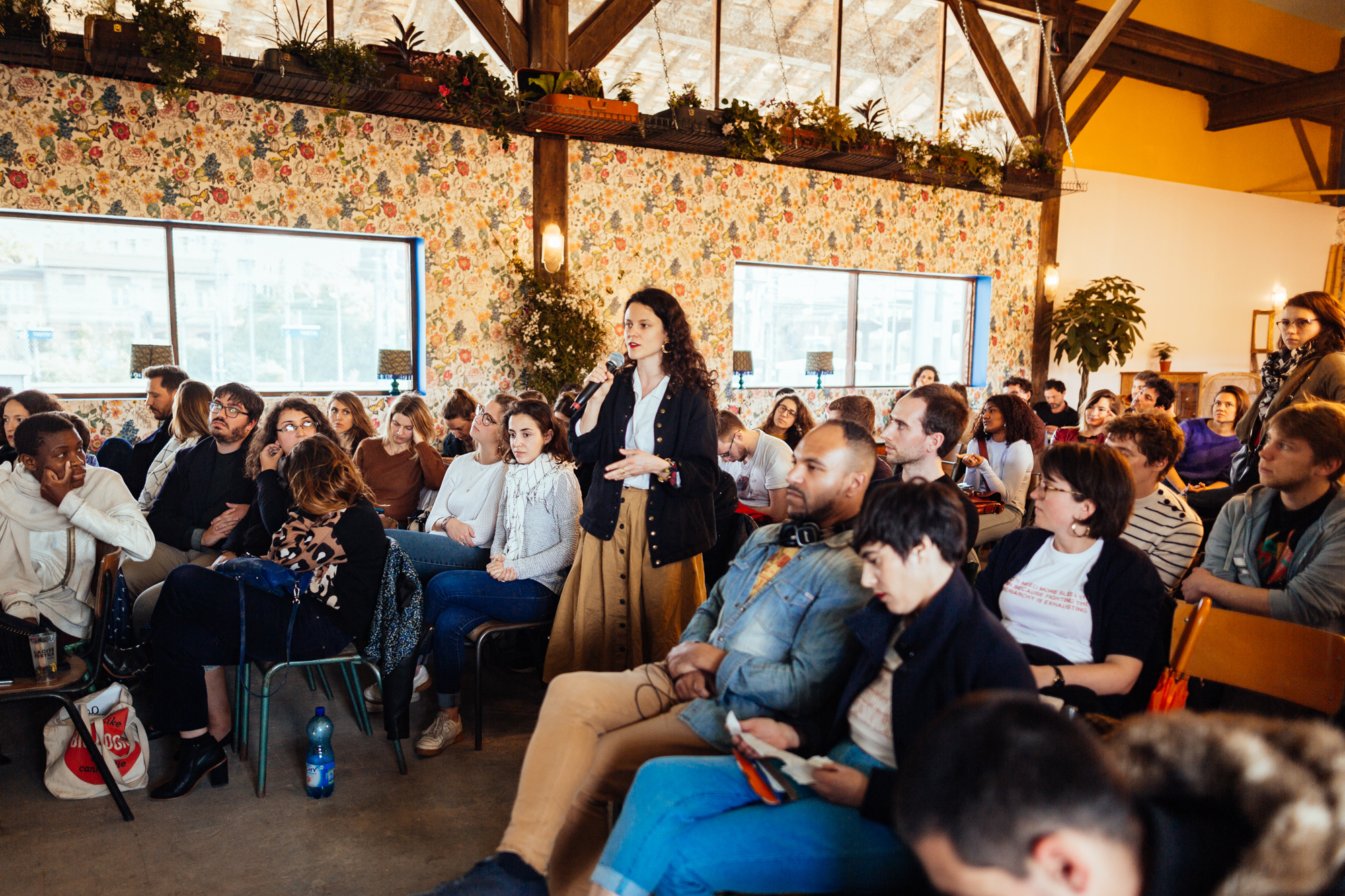 On 27th of April the Paris event took place in “La Cité Fertile” in Pantin.

In France, there is a concern for the younger generation that whatever relates to sexuality, relates strictly to the private life of the person so the public opinion stays away from this discussion when the aggressor is a famous / public figure.

-The french particularity is the “droit de libertinage” which is considered as part of the french culture and has become as sort of national myth. A completely different view from the US where the #metoo campaign started.

-There is a conflict of generations between women even in the sexual matters. For the generation of older women, the revolution was associated with the right to work and control of their sexuality: choosing when to become mothers. For the young French women, the revendications are completely different.

-There is a strong need to teach at school the game of the seduction and the limits of the consent. Being hit and being aggressed is not the same thing…

Photos from the event: